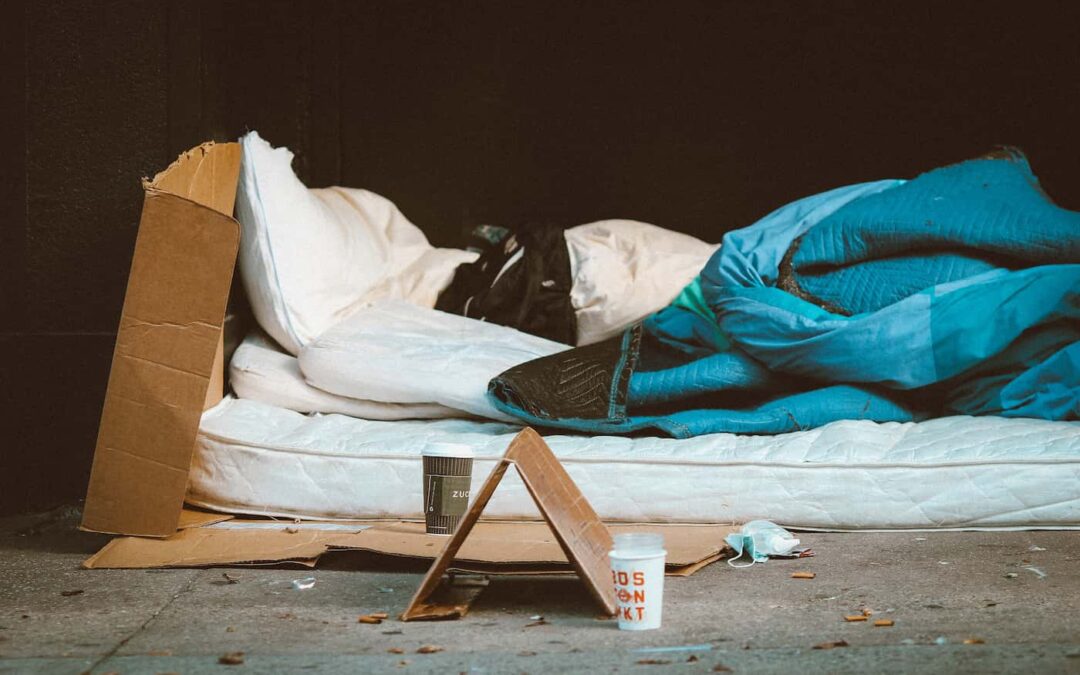 The impacts of the COVID-19 crisis paired with soaring housing costs have left a visible mark on Portland’s streets. While our city has long struggled to meet the housing needs of its population, recent years have seen an increase in the number of unsheltered people in the Portland area. This crisis has widely impacted Portland’s residents and renters, while the city struggles to address its effects. New mandates from Portland’s Mayor may create further changes in the landscape of Portland’s homelessness crisis.

The State of Homelessness In Portland

While Portland may have a comparable population of homeless individuals compared to other cities of a similar size, the effects of the crisis are more visible here. The reason for this relates to the city’s Housing First model, which focuses on transitional and permanent housing rather than temporary shelters. This approach means many unsheltered people have nowhere to go on a short-term basis. As a result, many people are stuck on the streets because demand for longer-term housing is so high.

Even pre-pandemic, the housing crisis has been steadily reaching a boiling point. Since 2016 homelessness rates have risen across the country. On a statewide level, Oregon has the fourth-highest rate of homelessness in the nation. Nationwide, 39 percent of homeless people are unsheltered, and this percentage has been growing for the past six years. However, in Portland the number of unsheltered homeless people is far higher at 61 percent. This means that urban camping is visible in many popular areas of the city. In short, the homelessness crisis is not only severe, it is also highly visible.

For years Portland has wrestled with the best way to address the homelessness crisis in our area. So far, no long-term solution has found its footing. However, some recent changes have impacted the location and legality of Portland’s urban encampments. Earlier this month, Mayor Ted Wheeler issued an emergency order banning urban camping near busy roadways. Wheeler took this action to address vehicular pedestrian fatalities, where 70 percent of Portland’s victims were people experiencing homelessness. This order applies to campsites near freeways or roads designated as high-crash areas, covering about 8 percent of the city.

According to Mayor Wheeler, this emergency order will be the first in a series of executive actions leveraged against Portland’s homelessness crisis in the coming months. Governor Kate Brown has also called for a $400 million investment in affordable housing to help provide shelter for people displaced from roadside camps.

Portland’s large population of unhoused people also creates issues for the city’s residents. Unfortunately, areas with obvious urban camping may suffer financially. The presence of illegal campsites can reduce home values and make it harder to find renters for investment properties. We’ve seen this issue particularly affect rentals in Southeast Portland, where there’s been a recent uptick in urban camping.

Due to legal restrictions, there’s not much residents can do to address these situations. Clear legislative direction and increasing the availability of permanent and temporary shelter for people experiencing homelessness are two essential components of addressing issues faced by all of Portland’s residents. In the meantime, the city has a few resources homeowners and renters can use to report camper’s illegal behavior.

Being homeless is not a crime. The 2018 federal decision Martin v. Boise, Idaho barred cities from prohibiting camping unless there is available shelter space. Until 2009, Portland had issued a “sit-lie” ordinance, making it illegal to sit or lie on the sidewalk. However, the United States District Court ruled that ordinance was unlawful except in areas with high pedestrian traffic. When a person reports an urban campsite as illegal, the City of Portland must follow specific steps to address it.

The city must begin by posting a notice at the camp requiring the occupants to leave within a period varying from 48 hours to ten days. On the day that authorities clear the settlement, service providers must conduct outreach with the residents. Private individuals cannot post a notice at an illegal campsite. Instead, the Homelessness and Urban Camping Impact Reduction Program coordinates all posting and camp cleanups through the city.

In cases of nonviolent illegal activity at an unsanctioned campsite, Portland has set up a One Point of Contact system to allow people to address these issues. Portland residents are encouraged to create an account on https://pdxreporter.org or dial 311. Issues such as drug use, sex in public, aggressive behavior, or public urination are all handled by this agency. You can email reportpdx@portlandoregon.gov for more information or with questions about the reporting process.

In today’s highly competitive market, landlords provide an essential function in providing housing to the flood of Portland residents, new and existing, who want to make our city their home. With housing shortages at an all-time high, helping meet the need for renters in Portland is one way property owners in Portland can do their part. But navigating Portland’s unique marketplace and difficulties can be difficult for new and experienced landlords alike. A property management company helps take the uncertainty out of running a rental, but signing on with a property management company that understands the individual needs of your rental and neighborhood is the key to success.

Rent Portland Homes by Darla Andrew is the best option for Portland landlords seeking a property manager with a solid experience base in the Portland area. Our years working in the Portland metro area have given us a deep and nuanced understanding of Portland’s sub-districts. From Portland’s individual character as a city to the unique feel and lifestyle in each of its neighborhoods, no two Portland rentals are ever truly alike. Our expert marketing team excels at highlighting your property’s best attributes and compensating for its drawbacks.

We’re proud of how quickly our rentals are snapped up by quality tenants, sometimes within mere hours of being posted to our website. If you’re concerned about extended rental vacancies or how best to market a property in an area with unique challenges, we’re happy to help. For more information, you can reach us any time on our website or by phone or text at (503) 515-3170.